Are You Treating Your Team Like a Power Boat or a Sailboat? 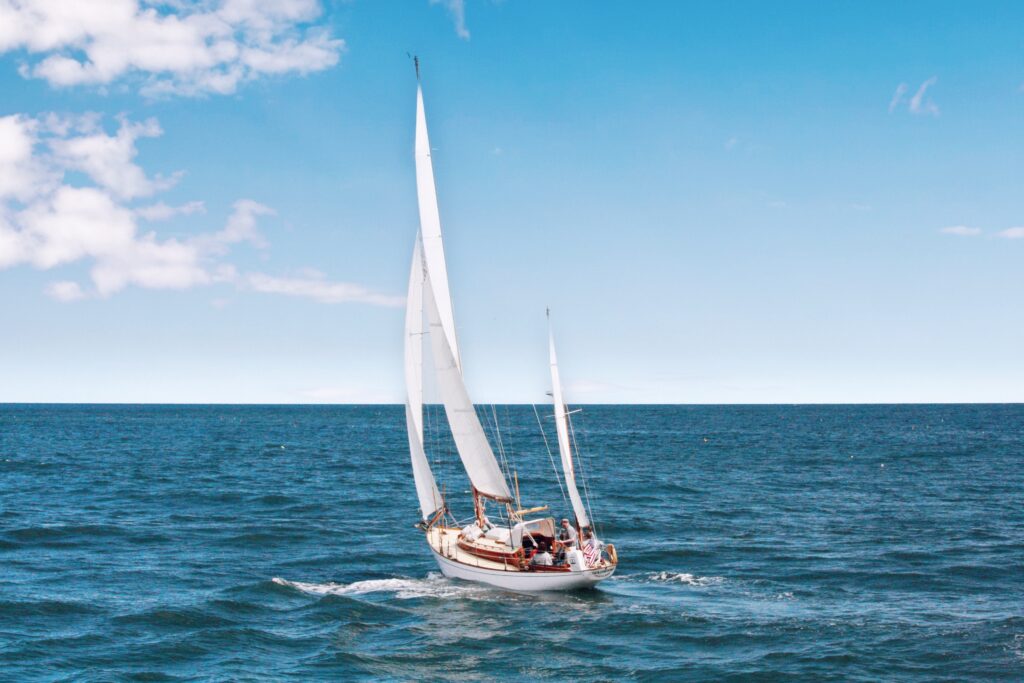 I’ve recently found myself working more and more with law enforcement agencies. And if I’m being completely honest, law enforcement was never really on my radar for the sort of work that I do, however, the impact has been amazing because our work isn’t about how to be a better cop, but rather, how to be a better team. Stepping into this arena has given me so much valuable insight into the ways teams function — how they become dysfunctional and how they can repair that dysfunction effectively.

What makes law enforcement particularly unique in the team dynamic — as the past couple of years have made very clear — is the relationship between law enforcement agencies and the communities they serve. That relationship is often rife with dysfunction, mistrust, and division. It’s not uncommon to see inflated egos and an acute lack of curiosity on both sides. And those ills can leak into the inner workings of an agency. It is my belief that if we can heal those ills internally, we will heal them at the community level as well.

While we could be talking about any power relationship — traditional management vs. subordinates or the classic parent vs. teen — there is a particularly unique dynamic for law enforcement because of the third dimension of the community they serve. And that third dimension creates an undue pressure that you can’t control. For the moment, let’s call that pressure “weather” (this will make more sense in a moment).

See, a key problem that creates dysfunction within teams is the infamous Us vs. Them Mindset where we find ourselves on opposite sides of an issue, thinking we’re solving the same problem. But we’re not because the needs of the players create different versions of the problem. In a dysfunctional team, like I was discussing with the Commander at  the sheriff’s office, you act like you’re not on the same team. Every person is an island defending turf.

It’s not about right and wrong or who has the power, despite that being what it gets boiled down to so often. Instead, it’s about powerboats and sailboats. Yes, they’re both water vessels, they both carry people, they both are deeply concerned about staying afloat, but when they go about their use, they couldn’t be more different.

If you see yourself as a powerboat — and individual cops generally do — and if you want to go farther and faster, you start up your engine and floor it. Regardless of waves or wind, you can get where you’re going pretty darn fast. This is particularly relevant to cops because that’s how they are trained. They’re trained to take charge, move forward regardless of obstacles or fear, and solve problems. And the vast majority of them do that quite well. But that’s not how sailboats work. And teams are sailboats.

With a sailboat (assuming you don’t have a motor, and many don’t), you have none of that. You’re entirely at the mercy of wind, the current, the waves, and the weather.

In sailing there is something called the layline. It’s an imaginary line that stretches from where you start to where you want to go. While a powerboat would simply point its bow at the destination and go, sailboats can rarely go from point A to point B in a straight line. Instead they have to tack, meaning, zigzagging back and forth across that layline to take advantage of wind to get where they are going. At times, it can feel like you are deliberately sailing off course, and I suppose by the letter of the law, you are. But once you tack back in the other direction, you are sailing towards your goal again — that is, until you cross the layline. This is a fantastic metaphor for life and for teams. With teams (and life) things almost never move in a straight line. You have to be nimble, adaptable, and open to change to get where you want to go — ESPECIALLY law enforcement because of that phenomenon we call weather. As a result, the crew has to communicate, adjust, and operate in sync and function in unison to sail the boat effectively.

This is how I explained it to the sheriff’s office (and law enforcement in general): Your agency is the boat. Your crew is everyone who works for the agency. And the community is the unpredictable weather. Consider that for a moment. Even if you are part of the crew inside the boat, the weather still significantly impacts your journey. The weather of the community doesn’t just impact the crew outside the boat doing the job, it affects the crew inside trying to navigate, prepare food, repair sails, and rest until it’s their shift (i.e. run the agency).

In the case of this particular Commander I shared about, your instinct to be a cop has you trying to sail a sailboat like a powerboat; you want to fight the wind, move boldly toward the goal, and stay focused. It’s no wonder everything feels dysfunctional and chaotic.

When you approach your agency (or life) like it’s a powerboat that can just barrel through anything, you’re guaranteed to run into major problems.

Tides change. Winds shift. Things happen. Riots occur. Funding drops. Populations increase before you can get the funding you need to handle the increase. Every adjustment affects the boat and your course. If you aren’t ready for change, a strong gust of wind (or event) will capsize your boat (or morale).

This kind of change looks like George Floyd. Like BLM. Law enforcement was generally misunderstood in these movements, largely for reasons of their own doing. Rigidity in the face of this change can feel incredibly dysfunctional and painful — like being in a sailboat in a storm. It causes fear, kicks us into survival mode, and reveals that Us vs. Them (boat vs. weather) Mindset that shows up again and again, both within the agency walls and outside of them. We’re facing this in law enforcement, in our nation, and in our culture. Working through these issues is not comfortable, but it’s necessary. And the sooner we can respond to situations as a genuine team, the better. And doing so will require us to recognize that the layline isn’t something we follow like a track but like a guide, so we can stay on course — and sometimes, staying on course looks like going off course.

Whether or not you work in law enforcement, every leader needs to be flexible, fluid, and responsive. Very few things with teams work like a power boat.

There’s a beautiful adage in sailing that goes, “Sailors don’t blame the wind, they adjust the sails.” The weather doesn’t have to prevent you from reaching a destination, it just may alter your course for a while. But here’s the real lesson: that wind that blows tirelessly against our ship, that very thing that feels like our enemy, like it’s trying to blow us off course? That’s our superpower. What makes a sailboat a beautiful metaphor is that it has the capability of taking that opposition and turning it into real power. It’s the very force that moves the boat. It’s not the enemy, it’s your energy.

Lead your teams with humility, curiosity, and openness, and you’ll navigate them clear of the rocks of chaos and the squalls of dysfunction.

Photo by Kristel Hayes on Unsplash