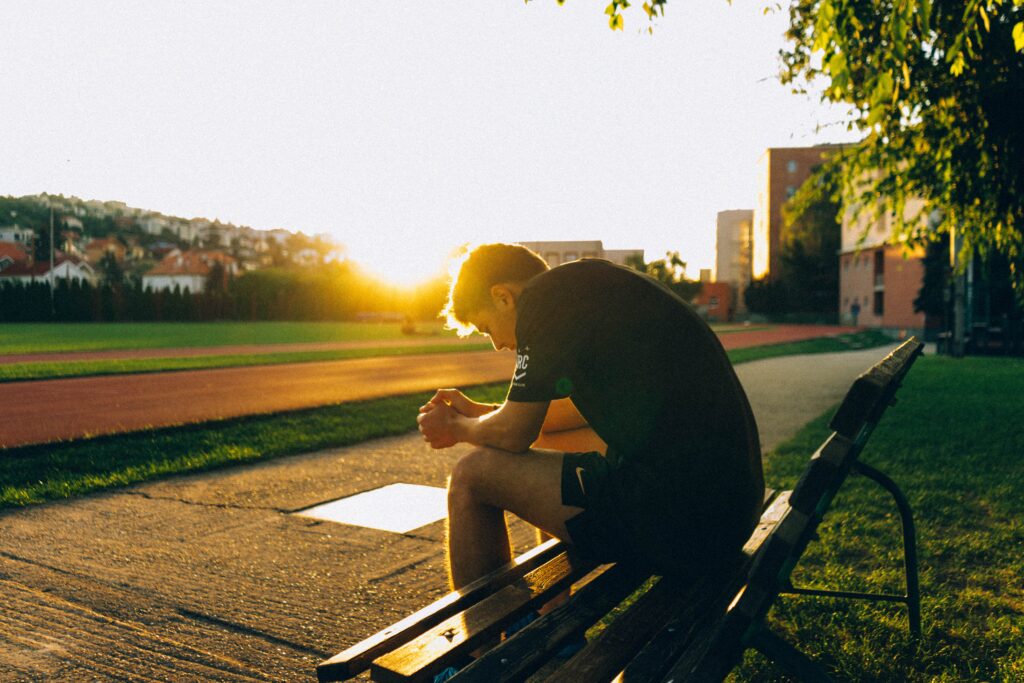 One of my coaching clients recently shared with me about his difficulty forgiving a friend that just doesn’t want to talk and has a hard time communicating.

And it got me thinking.

Forgiveness is a crazy thing. Frankly, I don’t know that I have the wisdom or the courage to write about this. But I’m going to, anyway.

Forgiveness is a powerful thing. And it’s *&^%ing hard. It’s not just a case of mind over matter. I would never want to trivialize it or pretend I am capable of something I’m not. I certainly don’t have this forgiveness thing figured out. Because if I did, other aspects of my life would be infinitely happier and easier.

My favorite definition of forgiveness comes from a guest on The Oprah Winfrey Show: “Forgiveness is giving up the hope that the past could be any different.”

Living out this definition of forgiveness requires having the willingness and the courage to recognize that something didn’t go according to plan in your past, but that doesn’t determine your future. It takes guts to name what went wrong. And how you felt about it. And why it hurt. And doing so has the potential to change everything.

If you are the one who has wronged someone, there are some difficult — but necessary — conversations ahead.

Here’s an example. A client of mine is manager of a sheriff’s department. She recently worked through some conflict involving the potential unionization of senior supervisors in the department. The manager was terribly upset, not because she’s anti-union but because she was convinced that she was a terrible leader and that that was why so much of her team wanted to unionize.

As it turns out, there was a big miscommunication, and her worries were totally unfounded. Her staff didn’t hate her or think she was a terrible leader after all. In reality, the root of the conflict with her team was in contradiction to her fear. At the end of the day, they discovered no one had really wronged anyone. There was a simple misunderstanding, and they worked through it together. Forgiveness, in this situation, was easy because they were willing to have the necessary conversations.

On the flip-side, forgiveness requires some difficult change if a wrong really has been committed.

How do you forgive the things that require change? It might require change on my part to be different, to be better, to give the other person a different experience of me. What if that manager really was the problem, and harmony was found in her changing her behavior? Would forgiveness have been as easy? Who knows? I know that for me, the answer is no. It’s just hard to change sometimes — especially if called out negatively.

So here’s a daring thought. Is it always the responsibility of the person being called out to change? Is it possible that change is required on the part of the recipient? Do we always have responsibility for how others interpret and experience us?

Consider a work environment where I’m a manager under a huge load of personal and professional stress. And I lose my cool and get angry with my team. It’s important to recognize that while I may behave like a beast in that moment, that anger isn’t directed AT my team, and it’s not my typical behavior, it’s just the manifestation of everything else going on in my world.

In other words, does forgiveness always require change, or does it sometimes just require acceptance or understanding, especially if the behavior is atypical? My behavior sucks in this example, and while an apology is in order, understanding and acceptance might be as well. What makes forgiveness hard is that it can often be a two-way street, but we only want to look at it one way in which we are offended.

Forgiveness is easier if we realize no one was at fault. That wires just got crossed. That we miscommunicated. Forgiveness is harder when it requires genuine change.

There’s no short and simple answer to how to create that change. It’s hard to turn a switch and “be different,” and nearly — if not completely — impossible when we don’t agree and fully understand how we were wrong. We have to be willing to name it, own it, and accept that change is necessary. Sometimes, when we don’t get it, it requires a deeper understanding of the relationship. Sometimes we do things not because we want or like them, but because it’s important to the other person. And in many relationships, including professional ones, that is — or should be — enough of a reason.

When we look back on it, the vast majority of changes asked of us are not life- or values-altering changes. They are so often a mere awareness of our behavior and an ownership that our behavior/language/actions have impact. Sure, as implied earlier, others could be less sensitive, but if we can ask that of them, they can ask this of us. No?

If there is one thing I’ve learned about forgiveness, it’s that it requires trust, and the absence of it breaks trust. Someone has to take a leap of faith, be vulnerable, make a move, take a risk — to approach the courageous conversation and to be willing to change — and that takes trust because it takes us out of our normal. In the words of André Gide, “man cannot discover new oceans unless he has the courage to lose sight of the shore.” To be different for the sake of another, to lose sight of my familiar ways, to believe that I won’t be humiliated or harmed in some way, to have “lost a battle” if I’m competitive… It all takes trust and vulnerability.

I wish I had the roadmap to forgiveness. I don’t, but I think it starts with something intangible. Call it the “X-factor” or the “God factor.” It’s that thing that’s not an answer, it’s a choice. That’s what gets in the way for a lot of us — that leap of faith.

To practice forgiveness, we have to be willing to talk about what created the division and how we got here, not from a place of blame but just in an effort to understand — not agree, but understand.

If we can do that, we’re no longer expecting the past to change (because it won’t). The closer we sail to this new idea, the more we lose sight of the familiarity (and the pain) of that past experience.

Forgiveness isn’t wiping anything away or giving people a pass for what occurred. It’s a leap of faith that declares, “now that we know that, we have the potential to be something different. Let’s be that.” And the human awareness that change happens over time not overnight. That the best of intentions to be different can still result in old behavior until we learn. I think that’s the often unspoken side of forgiveness: the continuation of forgiveness through the evolution of learning and mistakes.

Rumi put it this way: “​​Out beyond ideas of wrongdoing and rightdoing, there is a field. I’ll meet you there.”

Ultimately, forgiveness meets in that field. It provides an opportunity and the courage to set aside blame and ask a different question. To choose a different future.

Which future will you choose?

Photo by Martin Péchy on Unsplash