How To Make Connection In Animosity 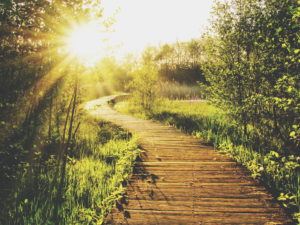 When I worked for a software company called CollegeNet, it was my job to sell scheduling and space management software to colleges and universities and help them overcome the politics of implementation. One university in particular had a homegrown scheduling algorithm they had been using for years, and it worked really well. The only problem was that it ran on an old mainframe that the school was retiring, and the software couldn’t be converted to the new platform. When the administrators called us in, I was met with serious resistance by the schedulers and faculty — to put it mildly. These were the people who would actually use this software. “We don’t like or want you,” I was told point-blank. “We’re only here because the administration is making us be here.”

To say they were not a friendly audience is an understatement as big as it is misleading. After all, they were great and kind people feeling pushed up against a wall, and fearful of losing functionality and control. So instead of pitching, I sought first to connect and understand. “This is what I think I know,” I said, and went on to explain what I thought I understood about their situation; their love of their technology, change being thrust upon them, everything working well for years, if it ain’t broke, etc. They nodded and filled in a few minor blanks, but more importantly, they saw I understood. Instead of telling them change is inevitable, I honored them, their concerns, their fears and their frustrations, and didn’t move on until I understood their perspective. It led to a fabulous and real conversation.

My job wasn’t to sell them; that’s not leadership. My job was simply to help them solve a problem without losing anything in the process and helping them come out ahead of the game when it was all over. So I asked: “What do you love so much about your current system?” Then, I listened and took notes until they stopped. These were the roots of their fears and desires. If I couldn’t do these things, any solution would be less than.

After honoring how robust a tool they had, I asked, “While yours may be close, nothing is perfect; what do you WISH your tech could do that it can’t?” And let me tell you, they had a list equally as long. I took the same kind of notes, always with an eye toward how our technology could meet their needs. As it turned out, we could do everything they loved and most of what they wished for, and by the time they asked me, “So? Does your software do all of that?” They were ready to listen. I wasn’t there to fight them, but to understand them.

That’s what connection is all about: help people see the bridge. If they can’t see the connection between what they’re afraid of losing and what they don’t understand they’re getting, they can’t map it. They can’t buy in. I forget who said “people don’t care how much you know until they know how much you care,” but they’re right. It can’t be about right or wrong, it has got to be about solution and connection.

A week later, we got a page and a half letter from the VP praising how effective the presentation was. The administration thought by retiring the old mainframe everyone would just “get it,” and look for new alternatives. What they didn’t see was the fear, the worry, the blind spots that prevented the users from seeing the possibility of something better. Here’s a simple truth: Most people don’t need to be right — they just don’t want to be made out to be wrong. They want to be honored and validated so they feel part of the solution rather than being made to be part of the problem. It’s the secret of leadership: You connect. You understand. That’s how you influence people in a positive way — you connect to them where their needs and dreams are, not yours. And once connected, like cars of a train, they will follow you, because at that point, you understand them, and they want to go where you are going.

Photo by Leo Wieling on Unsplash