The Reciprocal Benefits of Leadership 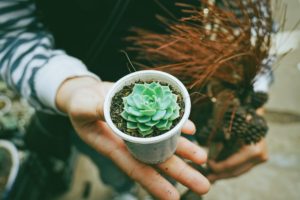 Last week, we talked about the power of your mindset as evidenced by a profound psychological study. Well, there was another study involving nursing home residents that I found to be just as incredible, and just as impactful for us today. In this study, nursing home residents were given plants. Half of the residents, Group A, were expected to take care of those plants; they were explicitly told the plants were their responsibility, to water them, fertilize them and keep them alive. The other half of the residents, Group B, were told the staff would do all the plant care work — their job was just to enjoy them. After eighteen months, twice as many of the residents in Group A were still alive. That means those who were caring for a plant had double the chance of survival!

Think about that for a moment. When we have responsibility for another living thing, the value and benefit of our actions isn’t just for the living thing we are caring for. It’s a reciprocal benefit for us both. If we’re twice as likely to live longer taking care of a plant, imagine the impact when we care for and nurture people!

When we are called to lead, which we are called to do in every interaction we have with ourselves and others, caring for and nurturing those “on our team” isn’t just the “right thing to do” — it’s the best choice for ourselves. It sustains us, no matter how difficult it may occasionally feel. Leadership isn’t something we do to people, it’s something we do with people.