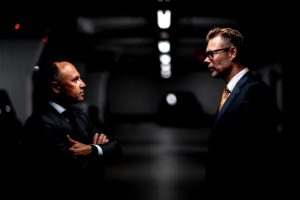 Photo by Roland Samuel on Unsplash

Even bosses we usually like can sometimes experience jealousy — or worse — and push back against anyone they think is overstepping their role or usurping their authority. What do you do in that situation? How can you work around a boss’s problematic behaviors? After all, this person holds a position of authority over you, even though their behavior may not manifest as actual “leadership.”  If that’s the case, remember: Leadership is a behavior, not a position, and it doesn’t have to come from your manager. What would it look like for you to take the lead?

You are not going to change your bad manager, because people don’t typically change if they are afraid, or unaware that change would be beneficial. But you can connect with them; you can lead them with inspiration and possibility. Obviously, if your boss is feeling threatened, they are living in insecurity (unless you really are out to undermine and ‘get them,’ in which case the problem is you, not your boss). While there is no single simple answer, any solution begins first with the goal to understand rather than to be understood (thanks, Stephen Covey). Clearly there is something going on; maybe your boss is not getting something they need. Maybe their job is on the line. Perhaps they are jealous and simply feel they should be able to do what you’re doing but don’t know how. Take a step back and ask how you can help.

The other part of the answer lies in the CVI. I’ve written much about the CVI and teach programs on how to use it effectively if you want more detail, but know this: one of the key lessons the CVI teaches us is that you can often tell what value is most threatened in a person by the type of behavior they exhibit. In noticing this, we get clues to what they might need. For instance, is your boss being intimidating, puffing up their chest and yelling? If so, it is likely their Builder value is at risk. Maybe they don’t know what decision to make and lack faith in themselves that they possess the power to act in the best interest of those around them. Or perhaps they’re manipulative and deflective, in which case they may not know how to connect with people, or how to cultivate a real vision for what is possible, and aren’t sure what is truthful and real. In CVI-speak we say they are operating from their conflict strategy, and it’s how one responds when they can’t be the presence of the value they feel is most important at that moment. As practitioners, the CVI can teach us to notice one’s conflicting behavior and rather than judging it, allow it to help us ask better questions, or know how to engage with someone in a more respectful and supportive way.

So let’s take the intimidator. Like a classic bully, an intimidator is likely insecure, and is afraid they can’t be as strong and confident as they want the world to see them. Without false platitudes, perhaps you could speak to their contribution to the team, harken back to a decision or two they made really well and ask them directly for their input. Or go the other way, and ask, “Hey boss, we’ve gotten this far and are confident we are making the right decision, what do you know or see that we might be missing?” Giving them a chance to both be seen and be a valuable contributor can give them a doorway back into the team in a powerful positive way.

Similarly with the manipulator. If they are lacking connection or the ability to see the vision and its value, perhaps you could just ask them, “Hey, how do you feel about this?” Manipulators are more emotional; they feel things. Speak to them in terms of feelings rather than thinking and you are more likely to make a connection.

What makes a great leader great is that they know leadership is personal, but they don’t take it personally. Make it all about them, not about you. Remember that helping your boss helps you a great deal as well. Even if it just marginally improves their mood or moderately improves your relationship with them, a rising tide raises all ships. The whole team will benefit and you’ll likely see the benefits downstream.

For more on the CVI, give me a call. It’s a powerful tool for finding your place of highest contribution.