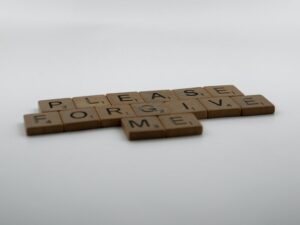 Recently, one of my clients was struggling because one of her subordinates had a complaint. The complaint was not about her specifically, but about the work environment — but it still threw her through a loop. “I thought she was perfectly happy,” this client told me, lamenting. “How did I miss this? What did I do wrong?”

But there’s a difference between taking responsibility, taking ownership, and laying blame. Blame has no place in a solution mindset — and that includes self blame. If ‘taking responsibility’ become debilitating, a form of self abuse where you think you’re the cause for every bad thing that happened, that becomes unhealthy. It’s not healthy for you, and it’s not helpful for your team.

Am I saying this manager did nothing wrong? No. Leaders do have responsibility in the work environments they lead. But so much of what she did, she did well. So was this complaint a direct reflection on her — or was it saying something else, something she could learn and grow from if she faced it with simple curiosity? I would argue for the latter.

Take responsibility, but don’t lay blame. Blame is paralyzing, shame-inducing, and unproductive. Responsibility is not attacking or judgemental — it’s intentional, it approaches problems with curiosity, and it works humbly with the team to find a solution.