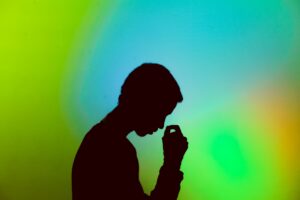 A few weeks ago, a client came to me who’s been making incredible progress in using the CVI in his communication. It’s been beautiful to watch. However, one day he came to me asking how to improve, because he’d just had an experience at work where he became frustrated and annoyed.

“I want some tools,” he said. “How do I stop that from happening?”

“How do you stop what, exactly?” I asked.

“I don’t want to become frustrated and annoyed. What tools can I use to stop that?”

But that’s where I needed to step back and challenge him. Why did he need more tools? The people he was working with acknowledged that they were wrong, the problem was resolved, and they’d moved on. So what was the issue?

It turns out he’d been under the impression that simply feeling frustration or annoyance was a failure. That is not a failure. Feelings are just feelings; it’s what we do with them that counts. And it’s certainly not a loving act to pretend that we’re not frustrated, upset, or angry, if that’s in fact how we’re feeling. It’s not truthful. How can we as a Merchant be a Merchant and not share honestly how we feel? If we hide that, we’re being untruthful. We’re pretending to be okay with a situation we’re not okay with. That’s not truth.

But what this showed me was this: it’s just as powerful internally! My high-Merchant client wanted to manipulate himself into not feeling these negative feelings. Manipulating our internal self means we’re ‘protecting’ the other person from feeling pain, even though that’s not really protection.

He wasn’t mean or cruel, just honest about being frustrated. He respected them and in love, shared his truth. It’s scary and uncomfortable to tell someone the truth that we’re angry — but it’s not wrong.

Photo by Gift Habeshaw on Unsplash