The Most Unanimous Complaint 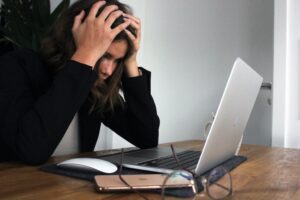 I’ve worked with a lot of organizations & across a lot of industries — from Fortune 100 to Non-profit, from Law enforcement to education. And across them all, there is one complaint I’ve heard more consistently than any other:

“They know THEIR world, but they don’t remember ours.”

I’ll tell you, there’s a reason this complaint rings out in company after company, group after group, industry after industry:

And it’s true for two primary reasons. First: you know how when you haven’t seen your nephew in years, and when you see them again you’ve forgotten they’ve aged these last 5 years as well, so how you remember them is no longer how they are? Well, the same happens here. The job you used to hold moved on, changed, aged, evolved, and how you remember it is no longer accurate.

Two: Leaders have a tendency to think they are in their higher position because they’re smart, they know stuff, or they were more qualified than others who were considered — all of which is hopefully and likely true. But so what?  The old expression “it’s lonely at the top” is only true if you make it true. Get out of the tower, mingle, ask, seek insights and understanding. Contrary to popular belief, that doesn’t make you a weak leader or cause people to see you as incompetent. Instead, it builds respect and demonstrates your genius. Why? Because a genius isn’t someone who has all the answers; it’s someone who knows where to get them. And knows what to do with the information they learn.

I don’t have any sly metaphor or long story here. I just bring this up because you, all of whom are leaders in your own right, need to know this and ask yourself: are you doing this to your team? Are you making decisions without their input — and are you aware how much it’s costing you?

Leaders can almost always benefit from checking in more with their team. How you do that is a whole other series of blog posts, but we start today with the immortal words of Nike: just do it. Don’t let hubris make you believe you’re the only one immune to this. None of us are.