The Wisdom of Paddleboards 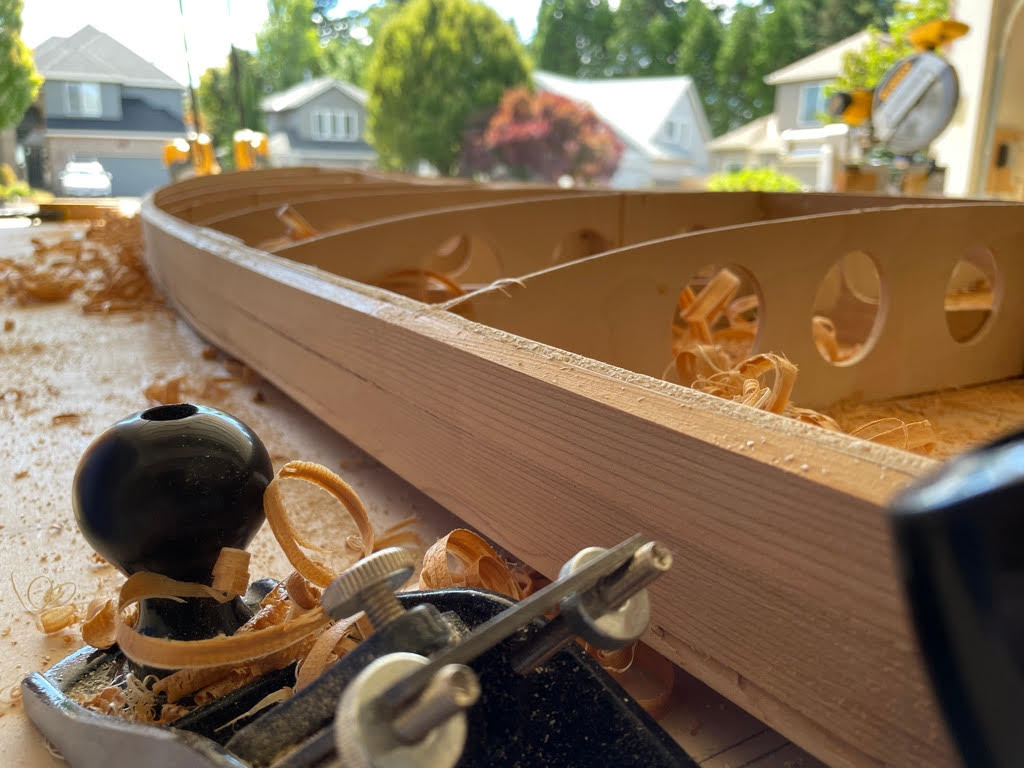 All too often, we don’t recognize the power of how our resources work together. A person we work with is often oversimplified as either ‘good or bad.’ But we forget what the correlation is between parts. What tools do they actually bring to the table? Their contribution, while individually “weak” in a particular area, could be imperative to the whole.

Herein lies the wisdom of hand made paddle boards.

We all have had our own Pandemic Projects. Some of us baked sour dough, some took up knitting, some read whole new book series…and me? I’ve been building paddle boards. 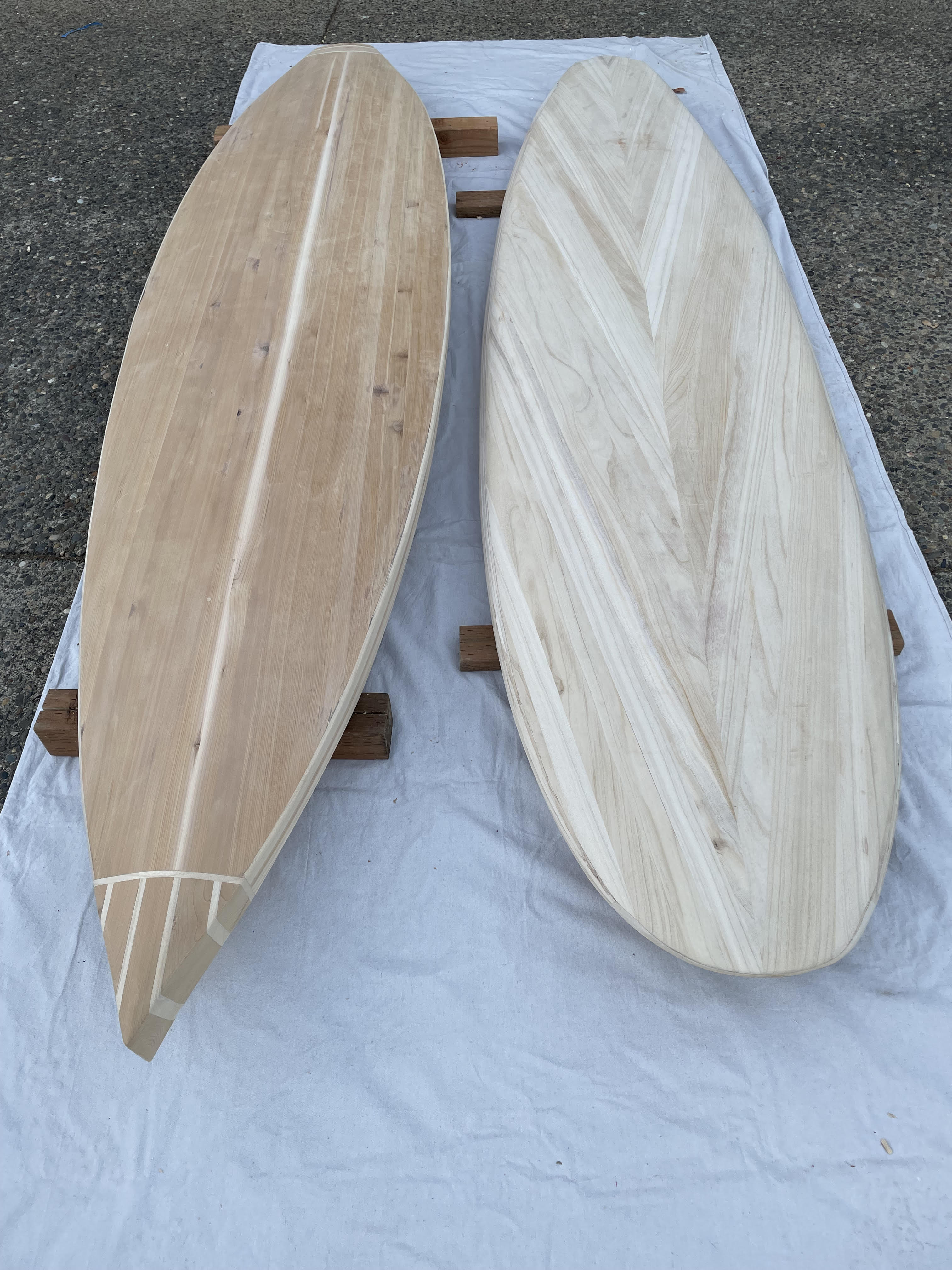 Yep! My daughter has really enjoyed the sport, and last spring mentioned that she wanted her own board. It sounded like a fun project for me, so I took it on — and, being a glutton for punishment, built an extra one in the process just for “fun!” It’s not quite finished, and yes, it’s taken much longer than I expected. But it’s also been an incredibly fascinating learning experience.

So here’s the thing. If I looked at each part of the process in isolation I would have had to stop mid-construction, because this happened: 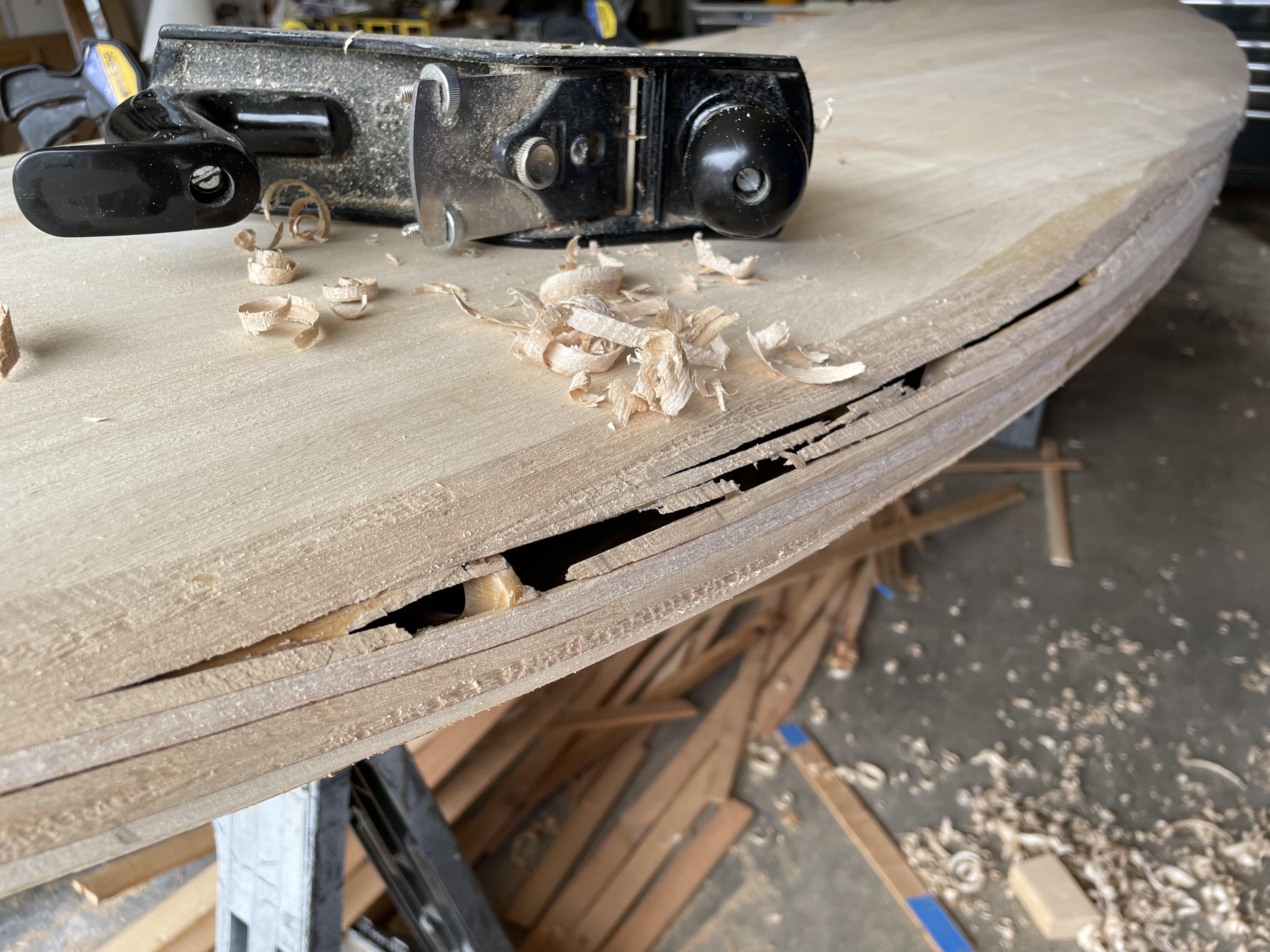 That, my friends, is a hole. A hole in the board! And that happened not once, but in 6 places!! (Side note, hand planers are incredibly effective)

Building the boards involves shaping the rails (the sides), and as you can clearly see, I shaped WAY too much. In all but this one spot, I was able to fix the holes and maintain the integrity of the board.  In this one spot, however, not so much. It took 5 attempts, and when completed: 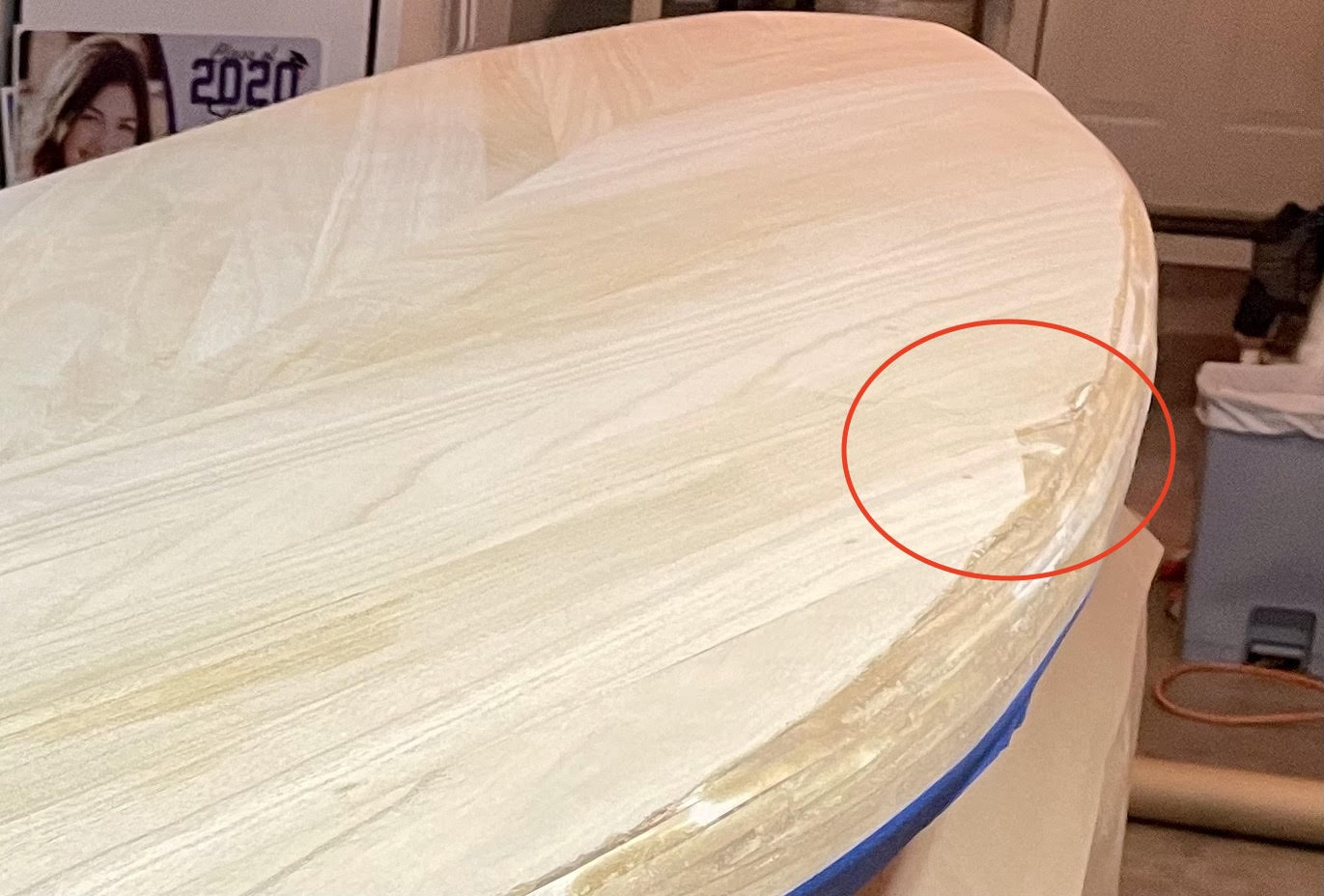 It was “solid,” but ugly and incredibly thin in the circled area. I could put my finger through it with little effort. Clearly not strong enough to use (or even carry, for that matter!).

But here’s what I learned.

First of all, my patch works! It gives me a solid board even though, in isolation, the patch was unable to hold up to use,

Second, the patch alone didn’t have to carry the load. Before the board would be complete, I would be wrapping it in fiberglass and pouring several layers of epoxy around it. This step would both cover a lot of ills and create a solid shell yielding my weak spot all but impenetrable. See? 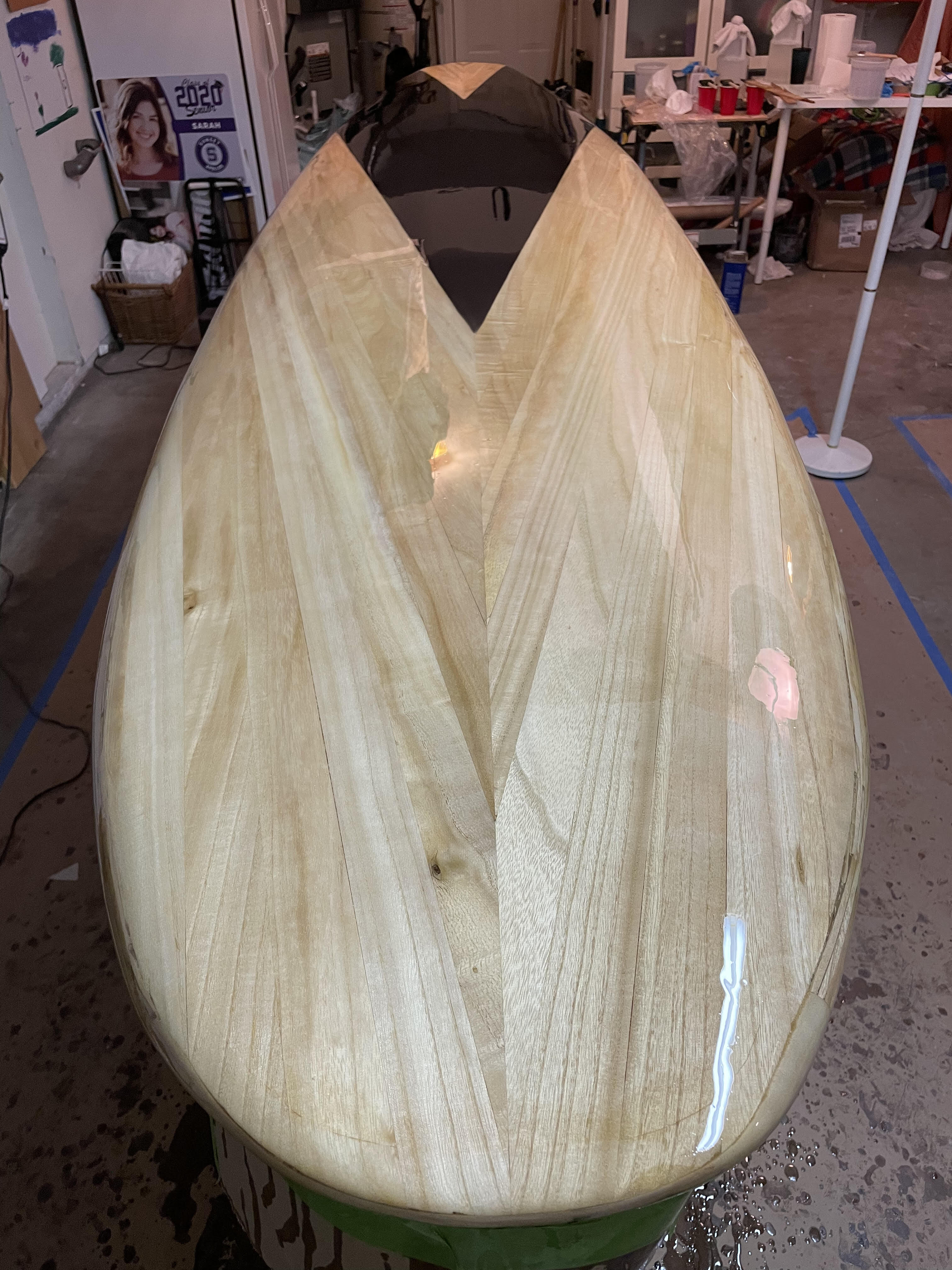 Teams often have a problem. They are quick to judge, they too often treat people’s actions and contributions in isolation, and they see picking up slack as a burden, as “babying” the “under-performer.” But building a paddle board taught me otherwise.

But more than that, here’s the bigger insight: yes, the fiberglass and epoxy did the work of strengthening the weak spot as well as the board as a whole. But it didn’t cost them any thing to do it. They were going to do it anyway. They weren’t really required to do anything more or differently to bolster the weak spot. And that’s the key.

We lose sight too often in how our parts work together — that no one’s perfect, that mistakes are seldom made in isolation, and that solutions are a collaborative effort. Sure the fiberglass and epoxy, if they had emotion and language, could have said “See, you weak spot, you’re nothing without us, you would be weak without us.”  And they’d be accurate…just not kind. And, quite frankly, blindly one-sided.

See, fiberglass and epoxy both have an inherent weakness of their own. Until applied to a solid frame they are soft and floppy and wet. They serve no purpose until applied to something. So the weak spot actually saved them. Even weak, the repair did its job well enough to allow the F & E to do theirs. And together they achieved the goal.

People are not just “good” or “bad” at their job. They have strong points and weak points. Our job as a team and as a leader is to find the best combination of strengths, and then to recognize what the real problem — and what, in the end,isn’t real-ly a problem at all.