To Brag or Not To Brag 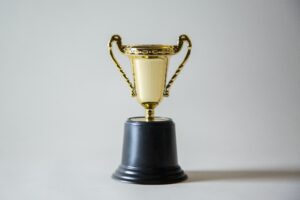 Have you ever worked so hard for your team that you kind of wanted to brag about it, even though you just know that won’t go over the way you hope it will?

Don’t beat yourself up about it. It’s a natural response to want our teams to know we care, especially when so much of what we do is behind the scenes. If you go to bat for someone on your team and they’re not there to witness it, it’s hard — especially because, as leaders, our mistakes and missteps seem to be broadcast for all to see. It’s an understandable reaction, then, to want to equally broadcast the things we do right.

But, as we already know, that won’t have the effect we want. We can work tirelessly for our team, and they simply may never know about it.

Knowing this, we should then be well motivated to do that for others. Who do you see supporting someone else, maybe even without them knowing? How can you call it out? How can you brag for them? Not only does that honor the person who feels like she’s working in silence, it will build team morale, camaraderie, connection. It will help show the team they’re cared for.

Do for your team what you want your boss to do for you. Call out when you see someone sacrificing — be the one who shows the team they’re united. Don’t let that go unacknowledged.

Who knows? Maybe someone will do the same for you.