When Are You The Most Effective? 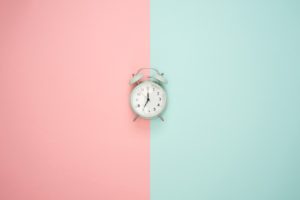 Sometimes, the solutions to our own problems are staring us right in our face. I was recently talking with a client about their frustrations at work — they just felt like they weren’t getting anything done. They weren’t being productive.

“That can’t be the total truth,” I said, “because some stuff is getting done. You have clients, you have revenue, you have a team of thirty — you’re getting stuff done. So what’s the problem?”

Well, sure, they were getting some things done — but there were recurring issues that got in the way, they said. They weren’t as productive as they wanted to be.

And that’s when it surfaced: Face-to-face. They were their most productive as a team when they made decisions together in the same room. If people had to leave, do something, and come back? It just didn’t get done.

So how did they fix that problem?

They meet every day now. As a team, first thing in the morning, 45 mins. Every. Single. Business Day.

Now, a lot of people might find that many meetings exhausting, or inefficient. That’s fine. This isn’t the solution for you. But it certainly is for them — they’re way more productive, finally solving problems, making decisions and reinforcing behavior that in the past would drift for weeks or months before being addressed.

The lesson we can take from them is this: Ask yourself, When/How are you most productive? When do you best solve problems? And if you can find the answer to that question, you know exactly what you need to do: replicate it. Don’t dismiss it because other people might say it’s ‘not efficient’ — you’re you. What works for you won’t always work for other people.

So do what works for you!

Photo by Icons8 team on Unsplash