When Being “Right” Can be Quite Wrong 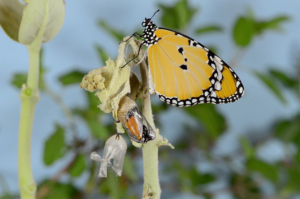 There is a great scene in the show Friends where Phoebe and Ross are having an argument about evolution. Ross spends most of the episode attempting to convince Phoebe that Evolution is true. By the end, exasperated by his incessant demand that he be right and convince her, standing over 200 million-year-old fossils, Phoebe asks if Ross could have the slightest sliver of doubt about the theory of evolution, considering that at one time the brightest minds in the world thought the earth was flat, and until they burst it open fifty-sum years ago they thought the atom was the smallest particle, so is he really saying there isn’t the tiniest, itsy bitsy weeniest chance they could be wrong about this? Reluctantly, Ross agrees there might be a small, tiny teeny chance that he’s wrong. Phoebe then destroys him in our greatest fear as leaders – she humiliates him. She gasps, claiming she can no longer respect Ross for letting her undermine his whole perspective: “Before I didn’t agree with you, but at least I respected you!” Beaten & humiliated, Ross grabs his fossils and exits from the room embarrassed. Having completely forgotten the scientific method and the goals behind scientific inquiry, he allowed Phoebe to trick him into thinking the discussion was one of indisputable facts and his personal reputation.

Like a scientist, the objective of leadership is learning and discovery and the courage to grow beyond a previous discovery proven wrong – even if it is yours. Don’t let your ego get in the way of improving your company or making a better decision. Ross sees Phoebe as ignorant – mistake #1 – and his inability to convince her otherwise as reflecting poorly upon him – mistake #2. He goes about trying to change Phoebe’s mind, to convince her, so that he can feel complete and superior. At no point did he ever truly explore her position or seek to understand her perspective. To Ross she was wrong from the start, as a scientist (read leader) he simply knew that. Phoebe, on the other hand, was never actually interested in stroking Ross’s ego or position as the scientist, or making Ross feel whole, but ingeniously she quickly sees past the symptomatic issue of evolution to the real problem/illness of Ross’s ego: “Maybe it’s time we put Ross under the microscope…” she says.

If you notice yourself acting with high emotional reactions through a seemingly benign argument, it may be worth taking a step back from the argument for some time. Take a break, go for a walk, think about what is behind your high emotion. What does this argument say about you and your priorities as a leader? What about the other person’s? Is this an argument that needs a solution, or is it enough that both sides are fully heard and understand each other? After all, Ross nor Phoebe actually get to decide if evolution is real or right. If you are having a highly emotional reaction, you won’t get anywhere continuing the argument. With a little sincere separation you can find a new vantage point, or at least some inner peace and insatiable curiosity to return to the conversation calmer and ready to engage with and truly understand the other person.

Don’t act like Ross, yelling at and irritating your “friends” because they don’t agree with you. Think about what these disagreements say about you before attacking someone to try and change their opinion.