You CAN Escape the Peter Principle 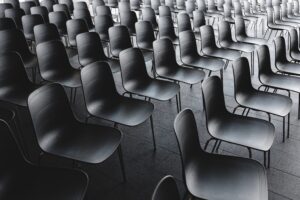 Organizations often fail when cultivating the people who are going to be promoted into the next level of position. Instead of consciously designing the growth of the individual and the position, they tend to execute the Peter principal: rising everyone to their own level of incompetence. The skills that make a great sales person do not always — or even often — translate to great management skills. Michael Scott as a character is beautiful illustration of this very idea!

The failure to understand what makes someone successful at any given level prevents us from really doing a proper assessment of a candidate for promotion. Ask yourself this: do you promote looking backwards or looking forward? Of course, your gut wants to say forward, but for most people, it’s backward. When looking for a candidate many leaders rely on longevity, likability, and success in a previous role to judge whether a candidate should be promoted. And those things should be considered — but they should be considered as supporting evidence, not decision-making factors. We have to think about what is essential for the role specifically; then we can assess whether a given candidate has, or has the potential for, those qualities.

What we need to do as leaders to build a great organization is understand what makes everyone the best at their own individual level. The question isn’t, ‘Do we promote Steve because he’s the best sales person/engineer/Sergeant…?’ The question is, ‘Who is the best sales manager/project manager/Lieutenant  we’ve ever had? What makes THEM the best?’ How come top performers always end up under that manager? What qualities, attributes, skills, behaviors, actions does that manager possess?

Then we can ask if the person we’re promoting actually has, or has the genuine potential to develop, THOSE qualities. And in doing so, your best Sales person/engineer/Sergeant may not be the best promotion, because the qualities that make them great in their current role may well make them a failure in the new one. With this mentality, it’s not uncommon for the person to be promoted to manager to NOT be the best sales person — because sales and management require different skills. Someone who was mediocre in previous roles may excel in higher roles, because THAT is their better skill set. If promotion is only based on past reward, you will often get a mediocre leader at the top.

That’s what builds a strong team.