Dealing with a Narcissistic Boss 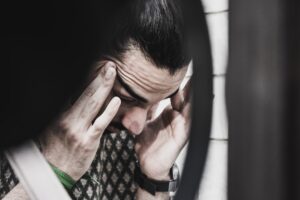 I had a request recently from a reader to write a post on dealing with a narcissist boss. Now, I’m not a psychologist, so I can’t speak as deeply to this as a mental health professional would. That being said, I do have some experience with it, having worked for a narcissist, and so I wanted to respond to this request — keeping in mind that my comments about the truth of the diagnosis of narcissism might be completely wrong.

If you’ve dealt with a boss like this you know just how painfully difficult it can be. Narcissism is, according to a cursory online search, a disorder where someone has an inflated sense of self-importance. Narcissistic personality disorder is found more commonly in men, and symptoms include an excessive need for admiration, disregard for others’ feelings, an inability to handle any criticism, and a sense of entitlement.

It seems a lot of times we conflate narcissism with ego or being egotistical. But I don’t think that’s accurate. Having an inflated sense of self-importance is not the same as having a strong sense of self, aka, a healthy ego. A strong sense of ego is a clear sense of who you are. A healthy ego, in my experience, doesn’t seem to need admiration. Admiration is nice, sure, but when you know who you are, you don’t need reassurance from everyone else. Narcissism, from what I can tell, is connected to a very weak ego, a very weak sense of self, a very low self-esteem. A narcissist can’t sustain any disagreement without reacting, because disagreement feels like a personal threat. A strong ego, by contrast, has a much greater capacity to respond well to disagreement, because their identity isn’t wrapped up in the opinions of others.

That being said, be careful with labels. It’s easy to throw the word ‘narcissist’ around, but it does require a full-on diagnosis from a professional and it’s possible my advice doesn’t actually work with a full on narcissist. And besides, I imagine the narcissist generally doesn’t want to know they’re a narcissist! So sharing that kind of label won’t really help. What we are often talking about in the workplace when using these words is someone who can’t handle not being right. Their sensitivity to this might go up or down, depending on their mood — which means we can learn to read the signs and find out when they are approachable and when they are not.

If you catch them at the right time, you can bring them an idea diplomatically: “Here’s an idea — do you see something I don’t see?” This gives them a chance to be smart, to be the center of attention, to have the final word. That’s often what they want. Beyond that, the real secret is to be clear about the problem, and make that problem disconnected from the person. When it can be a problem, not a person, you can ask for help. Most narcissists want to be the center of attention, so they want you to ask for help. These types of people are often in leadership roles but fail to lead. Real leaders build more leaders; these folks tend to believe they’re the only ones who can do the role and often want others to rely on them. Therefore, the more you can allow them to have the final word, to get the right solutions, the smoother sailing you’ll have in that work environment. Such behavior may not advance your career if there aren’t others around to witness your wisdom, but it can reduce the stress and toxicity. And that’s what we’re going for here.

Ultimately, if you’re working with a boss you believe is a narcissist, you are likely in a toxic workplace. If that’s the case, the above techniques may help you survive, but survival isn’t thriving. I encourage you to leave as soon as you are able. The toll it can take on your own mental health to work with someone who isn’t supporting you, who has anger issues or other mood problems, who sees themselves as more important than anything you bring up — that can add up. It’s not worth the paycheck, in my opinion. So if you can afford to get out — do that.