Have We Really Recovered From the Recession? 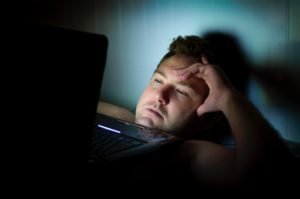 Have your employees recovered from the recession? Ten years ago, we were in the middle of the great recession and layoffs were sweeping the nation. It was a grim necessity for thousands of companies that were able to weather the storm. Technically, that recession has been over for years now, and many have seen great rebounds since. By most markers it seems all behind us (though a new one seems to be looming). We did it! We recovered! Our companies that survived are safe!

Here’s the problem for some: Companies may have recovered from the recession, but not all employees have. While revenues rebounded, not all jobs, pay cuts or benefits did, and the recession mantra of “Do more with less and we can get through this” has become the new normal. Employees are still doing more with less, and because the company is thriving again, too many times the conclusion is, We didn’t need those people or roles to begin with. In some cases that is absolutely true. But what about the cases where it’s not? Where it’s burning people out, undermining morale, destroying loyalty, and inspiring the lowest level of engagement from your team?  It’s our job as leaders to help with that. A team wants to feel invested in, seen, respected, properly compensated, able to thrive in their role and understood. Does your team feel that way?

The lesson too often lost in the day-to-day is that the company’s first customer is their people.  They can’t be their best, provide the greatest service, or be the best evangelist, if they feel unimportant, like they’re just a tool in someone else’s toolbox. It would be an interesting question to ask your team/s: Do you feel like the recession is over, and if not, why not?  You may be surprised by their answers.