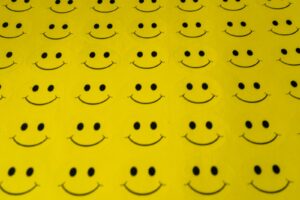 Photo by Nick Fewings on UnsplashWhy do we have such a deep misunderstanding of optimism in our culture? We seem to have so much more respect for the negative and the cynical. Do we think people are more realistic, more honest, more intelligent if they notice the negative, if they point out flaws and weaknesses? To some extent, I absolutely believe that answer is yes — because deep down I think we believe that pointing out flaws is just as powerful as fixing them — but it’s not. Or maybe we believe that pointing them out will cause our opponent to back down. Riiiight, how often does that strategy work? In today’s climate, there certainly is a lot to be negative about — very understandably so. Things are hard. Sometimes it feels like optimism as an alternative perspective is naive, all about ignoring problems, and therefore not doing anything about them — which we simply can’t afford right now. But that’s not optimism all. Optimism is not naiveté, the absence of knowledge or awareness, or playing ostrich, or failing to face reality. It is often the far more courageous act of asking a different question: what’s possible?  Optimism is regularly criticized as being “Pollyanna,” unaware, or not in tune with reality. But that’s not optimism — that is naiveté. True Optimism recognizes difficulties, and chooses to see good in addition to the bad, the possibility in spite of the limits and risks. Optimism recognizes that in any given moment there can be any number of realities. The negative ones can bring us down, while the positive ones can bring us up. Optimists choose the latter to inspire us and teach us, and that takes a tremendous act of courage in the face of those only willing to yell opinions, intimidate, manipulate emotions, point out everyone else’s flaws, or paint doomsday images of life and its future to scare others into following them (which, by the way, isn’t leadership either — it’s manipulation). Optimism is choosing and practicing the art of looking at things in a different way. It’s like that beautiful quote from George Bernard Shaw that Robert F. Kennedy popularized: “There are those that look at things the way they are, and ask why? I dream of things that never were, and ask why not?”  Optimism isn’t about the dream, it’s about the possibility. That’s scary as hell, but you know what? It’s the only real way to create change. If you want to get something done — become an optimist.