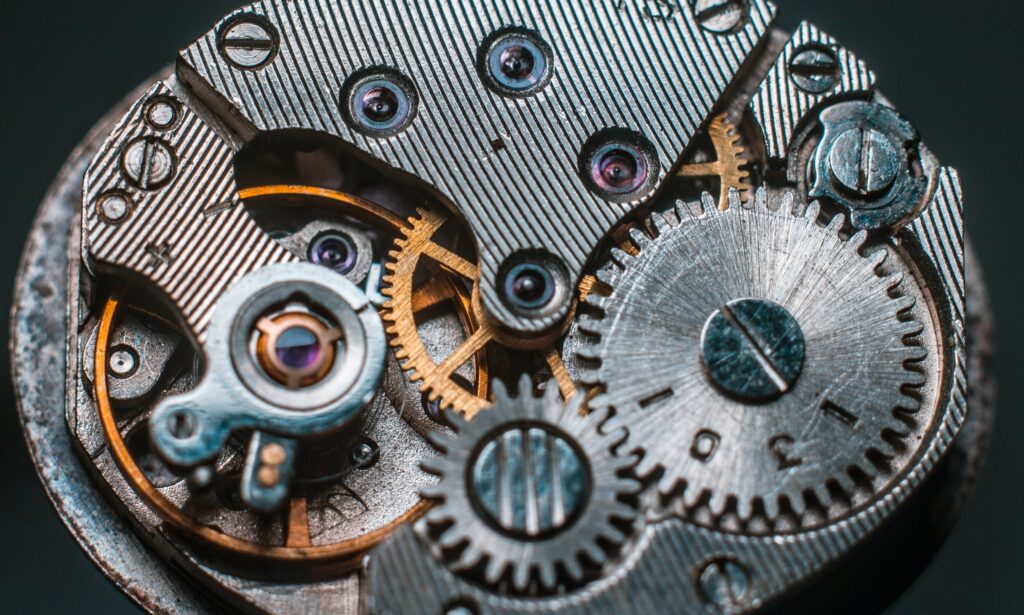 Lately, I’ve been ruminating quite a bit on the idea of a team or an organization as a Swiss watch. This analogy is especially helpful in understanding, appreciating, and reconciling the differences and complexities of a given team, particularly when there is disagreement and conflict.

Consider the mechanical watch. The simplest model contains roughly 130 components. One of the most complex mechanical watches in the world, the Calibre 89 from Swiss watchmaker Patek Philippe, contains an astonishing 1,728 components. Both types of watches have one critical thing in common: gears.

As humans, we function a lot like a Swiss watch. Society — whether an entire nation or just our little office — is like a watch in that it requires a multitude of people — and their differences — to mesh together like gears in a watch. All these tiny little pieces have to fit together and flow in a certain way to create total precision. If you take any one of these gears out of the equation, that watch won’t work. If you say, “that gear has to spin the same way that I spin,” the watch will no longer work. Some of the gears have to spin in opposite directions in order to function. There’s a certain element of friction and contrary motion that’s required for the watch to tick.

Organizationally speaking, how do we recognize that we need one another and that we can’t all spin the same direction? That in order for everything to work together, we must have a variety of personalities, communication styles, conflict strategies, leadership styles, and even senses of humor? How, as an organization, can we create a culture that acknowledges those differences and gives individuals permission to bring their unique selves to the group?

I think it starts with effective communication, insatiable curiosity for understanding, genuine empathy, and respect for one another’s humanity. It starts with acknowledging one another’s differences and making space for each of us to come to the table with different contributions. We may not agree on everything or even find the same joke funny (my wife still doesn’t get the humor of Tim Minchin, and that guy is brilliant — in my mind). And some of us will naturally get along well with some folks more than others. And sometimes, we’ll run up against ideas and communication styles that we just plain don’t like. But if the basis of our organizational culture is a compassionate one, the differences are much more likely to gel and complement one another in the long run.

Like a Swiss watch, the individual parts (or people) will be doing very different, seemingly contradictory things in order for the whole to work. We may feel like we’re going in opposite directions, but we’re actually moving and functioning in service to one another and a mutual objective.

So next time you think the solution to conflict or friction in your organization is to get everyone to agree and be in perfect alignment with one another, consider the Swiss watch. The fact that some folks are spinning in the opposite direction might be just what is needed for precision and accuracy.

Photo by Danil Shostak on Unsplash