The Power of Naming the Problem 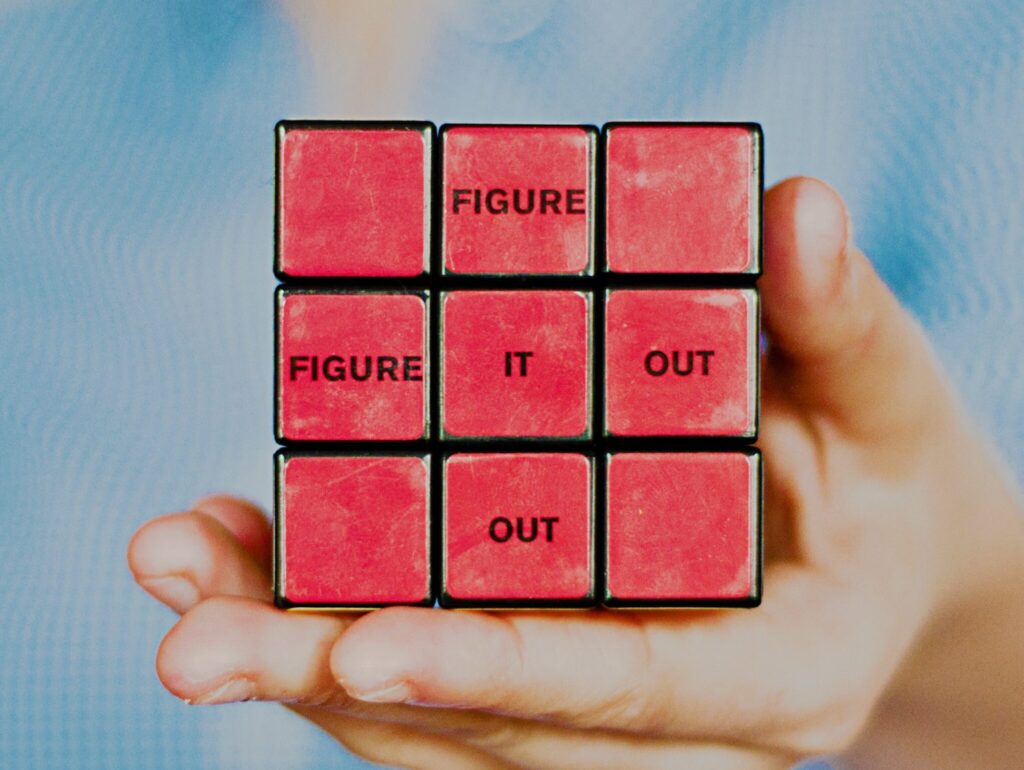 When was the last time you stopped to actually name a problem? It’s a surprisingly hard thing to do, but it has to be done. We can’t solve a problem we can’t name. We can’t fix what we don’t understand is broken.

A coaching client of mine came to me recently, worried about a problem that felt massive to him: his kids live in another state with the other parent, and they come to stay with him every summer for ten weeks.

He loves his kids, but he was also acutely concerned about how their time with him would affect his job.

My client was worried that he’d be distracted from work for the ten weeks his kids were in town. He was convinced he wouldn’t be able to be as present as he’d like to be with his team, and he was worried about taking time off.

Now to be fair, his concerns were somewhat well-founded. It’s not the first time he’s been in this situation. It’s not like he’s totally speculating about the impacts his family will have on his work life (in the short-term).

Nevertheless, I had a feeling he needed to name the beast, so to say, to get a handle on it. So we dug into the idea of his perceived problem.

I asked, “What is the REAL impact of your kids being around?”

His answer? “Well, normally, I would go into work early, come home late, work from home…”

He paused and thought about it. “I don’t really know.”

As it turns out, he couldn’t name the problem because there wasn’t one to begin with; there was a fear. My client was worried about how others at his work might perceive him. He thought that was going to be an issue. But the negative perception he was so concerned about wasn’t even a reality yet.

There’s a certain practice called The Five Whys. You keep asking why to move past superficial, surface-level understanding and discover a deeper, real understanding of what’s important.

That’s what my client and I did. We eventually got to the core of the issue by pushing against this question: “Why? What’s the problem?” We dove into each layer to get closer and closer to the real problem. What harm is it causing? What’s not getting done? Why will this be an issue further down the road?

In the end, what my client discovered was that he had an opportunity to:

When he followed through on that opportunity and did all of the above, what happened? Everyone said, “it’s not a problem.”

How’s that for confirmation?

Something else that I often notice in my work is that we create solutions that are more complex than the “problems” they are meant to solve.

There’s an idea from James Clear that I love which illustrates this very well. He says, “Simple is nearly always better. But if it’s going to be complicated, then make sure the problem is worth the complexity. A great deal of time is wasted creating complex solutions to relatively unimportant problems.”

First we need to name the problem. Then we need our solutions to be in alignment with our problems.

If you can do that, you’ll save yourself the headache of a heap of unnecessary “problems.”

Photo by Karla Hernandez on Unsplash