The Problem With Group Decisions 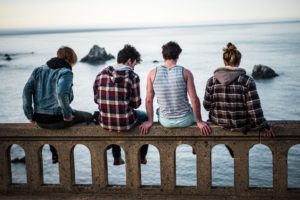 Has this ever happened to you?

You make a decision as a team. You think you have all decided together. Then, you go about your day, and you notice — not everyone is following through with that decision. They’re sitting at their desks doing something else, not doing what you all just agreed to do! To them, it wasn’t a decision at all, it’s just a what, a suggestion? Maybe it was clear to you, but obviously for them this decision was not definitively clear.

The problem is this: You lack a culture of decision making. Decisions linger without congealing because there’s no real conclusion, criteria or context for that decision. For instance, is the decision designed to serve a client, the staff, the profit margin? Which group is ultimately being served? How will we measure the options and opinions on the table to discern which is an idea worthy of pursuit, and which is a pass-through idea that gets you closer to the truth? Criteria and context can do amazing things to make everything more clear for everyone.

Equally important is knowing: who is making the final decision? Who’s the head of that bottom line/final call? It may not be the highest ranking person in the room. By naming that person, rather than assuming that everyone knows — and often this is left to assumption — you give everyone a final word, but everyone knows how the decision will be made. Otherwise, someone might assume it’s the CEO when it’s actually the VP of marketing. Why does this matter? If I’m trying to sell my idea, I may want to communicate differently to the VP than the CEO. Or worse, if we assume the CEO is in charge, we fail to buy-in to the decision made by the VP because we may assume the VP is overstepping their bounds, or doesn’t have the authority and therefore their decision doesn’t officially count. Meaning the decision isn’t yet made and doesn’t need to be adhered to.

All of this feeds into the idea of really understanding what ‘making a decision’ means. What’s the reason we’re solving this problem? What criteria do we want to use for evaluating options? What’s the timeline? Who’s the ultimate chooser in a tie? What can sound like a cold, pragmatic process, executes as exactly the opposite — it feels like respect, clarity, and understanding.

Photo by Sammie Vasquez on Unsplash