Why’d You Have To Be So Mean? 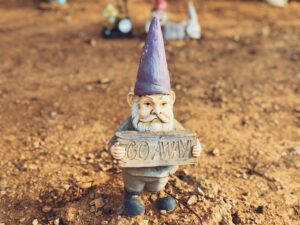 Have you ever listened to a teammate or supervisor explain something, and you notice your defenses just go right up at their tone of voice?

They have great things to say. You’d like to engage. But they’re just being so mean!

I think we’ve all been here, right? Well, here’s my challenge to you: when your defenses go up, when you’re listening and they’re being harsh or mean — ask yourself if that’s really the case.

It’s a funny thing, you see. The definition of someone’s emotion is almost always controlled by the ears that hear it. When you’re listening, you decide whether it’s mean — they don’t tell you. And so it comes down to interpretation.

Now, if the speaker is saying demeaning or derogatory things, calling names, or physically getting in your space, then yes — that is inappropriate, mean behavior. But all too often that’s not the case. It’s just…tone. You’re interpreting ‘tone’ as ‘mean,’ but is it really?

Could you instead interpret it as passionate? Emotional? Stressed? After all, you never know the true intention behind the words. “Mean” could be pure exasperation. We think we know, and yet we rarely take the step to verify. Instead, we react.

They could be frustrated at a certain situation, and you’re simply internalizing that as blame on you. But did they ever actually blame you? Or are you receiving and labeling it that way?

When we receive something as blame, there’s no way to get into the depth, meaning, value, or message of what they’re trying to say. The conversation is cut off at the knees, because I’m reacting to a spite that isn’t really there.

The real key for us is managing our reactions. If I’m judging it as mean I stop listening; I stop being curious. I’m not engaging or reacting or responding. There’s no honor — it’s just an argument.

You define the emotion you hear. Are you defining it fairly, graciously, productively? Or are you simply reacting?