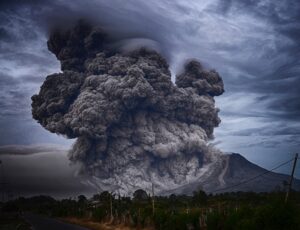 You can’t stop dynamite from exploding once it’s ignited. At least, it’s incredibly foolish and dangerous to try. It’s much more effective and safe to try and mitigate the explosion instead.

If we call in the bomb squad, to oversimplify their dangerous work, they have two choices: evacuate the area to reduce human harm, or cover it with one of those cool lead domes and let it explode. The point is, they find a way for it to go off safely, because they know it’s too late to stop it going off at all.

Our job as leaders is like the bomb squad sometimes. If you’re someone who doesn’t like conflict, supporting those around you who are in conflict can be terrifying. You’d much rather there be no conflict at all — “Can’t we all just get along?” (Thanks Rodney)

But once someone’s upset, you can’t just wish it away, and you certainly can’t halt it in its tracks. You can’t stop dynamite from going off. But you can mitigate it. You can remove the people at risk of getting attacked, and you can engage the human dynamite in conversations that work through the conflict, so the explosion is contained and productive. Above all else, you can remove the judgement of their emotion so they have nothing to defend. The bomb squad doesn’t get mad at the bomb; the bomb is a problem to be solved, not judged. When you ask inviting questions to understand their perspective and emotion, it validates them and allows them to think through their emotion. By engaging the brain, you pull the focus and pain off of their emotions. For instance:

What can be difficult for leaders is that conflict and explosive personalities can feel like our fault, that we missed something that allowed the emotions to get out of hand. We might have, but more than likely, we haven’t. People get upset and angry for all kinds of reasons. And each person has a right to be upset, whether or not you personally agree with them. What they don’t have the right to do is harm or attack another verbally, physically, or emotionally. But they do have a right to be upset. As leaders, it’s an incredibly important responsibility to help them move through those feelings, think about things differently, and ultimately help them engage in the conflict process as problem solving. Our job is not to defend them or tell them how to think and feel.

Our job is to elevate the conversation that leads to genuine team-building and problem solving.