Is It Lonely At The Top? 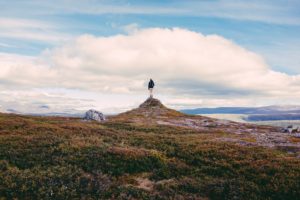 “It’s lonely at the top,” isn’t it? We’ve all heard it before: that once you succeed in reaching your goals, establishing yourself in a place of leadership, you’re often more alone than ever before. It’s in the nature of the position, we’re told — but I have to heartily disagree. So often, leaders (especially new leaders) look around and believe that every single piece of work is theirs, and theirs alone, to carry. They believe they have to make all the decisions — after all, that’s why they make the big bucks. Besides, it’s their knowledge and talents that got them to the top to begin with. They refuse to delegate, or perhaps simply don’t know how to do so effectively; they are afraid to rely on others; they micromanage away any potential support from below. In other words, for most of them it is lonely at the top, because they have isolated themselves and fail to let anyone in. But if we were to dare to lead with an invitational mentality, I’d argue that it wouldn’t be near as lonely or as stressful.

Try saying specifically what you need to those you’re leading. Invite people in.Behave in a way that shows others they are welcome. It’s true, leadership is often about the courage it takes to act when others fear to do so, and therefore the loneliness often stems from waiting for others to catch up. Trust me, though, they’ll catch up a lot faster if you let them know that you want them with you and you trust them to engage and take responsibility and authority for meaningful aspects of their work. Take the bold actions, make the tough choices, but never forget that your team needs to know you’re with and trust them — or, more specifically, that they’re welcome to join you at the top. Invite them in, and see what happens.