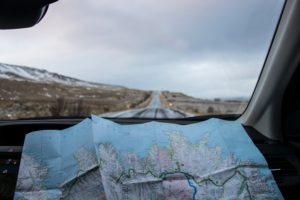 We all know the old saying: “If everything is important, nothing’s important.”
Hogwash, I say. Seriously! Because everything actually is important to somebody. And the problem with words is that they have more than meaning; they have feeling as well. If we say something is more important to do first, someone is likely hearing, “That means I am less important” — which is not true. So if it’s not about importance, what is it about?

Which, I admit, has the potential for equal confusion. So let them work together to lift the weight of confusion.

Top priority means what you need to do first, and frankly, that isn’t always the most important thing. Your project, Mark, might be “more important” by some measure, but Mary’s has a higher priority if it serves us better to do it first.

Think of it as a road trip. You’re taking a vacation with your family, driving from Portland, Oregon to Orlando, Florida to go to Disneyworld! Yay!!! I can’t wait. But it’s a long drive, filled with possibility. You want to make a fun adventure out of this, and ask everyone to pick the side trip most important to them to hit along the way.

“Music Hall of Fame in Nashville!”

Alright, well, that’s a road trip, and in the immortal tone of Chandler from Friends, “Could these destinations BE more spread out?” So, I ask you, which is most important?  None of them! You value each person’s wish equally. Despite that, there is absolutely a logical order in which you’re going to hit these spots. You might start across the northern route and hit Rushmore, then NY, then drop down to Orlando and hit Nashville and Grand Canyon on your way home across the southern route.  Does that mean the Grand Canyon’s the least important? Not at all. The most important thing is likely getting to Disney, but to at least one person in the car, the Grand Canyon might be the most important part of the trip. It’s level of importance just isn’t denoted in its order. For that matter, neither is Disney’s. It doesn’t make sense to go to New York first, then back to the Grand Canyon, then on to Nashville, back to South Dakota, then on to Orlando — just because someone said seeing New York is most important to them.

Instead, let us honor what is important to each person, then approach the trip logically — one spot at a time. When we approach Mount Rushmore, our priority then becomes experiencing Mount Rushmore — all of us committed and engaged together. It’s importance is no longer relevant to its order placement; what has become important is being able to focus in the moment on that experience/task/project, knowing that when the time is right, we will get to everything that’s important. The well-planned trip helps others be patient and supportive, knowing where their issue fits on the road map.

Getting your priorities straight means understanding the order in which you’re going to approach a problem or set of problems. It doesn’t always make sense to do the ‘most important’ thing first. If you can communicate this clearly to your team, they’ll help you find your priorities — and they’ll likely enjoy the trip a lot more.

Photo by Tabea Damm on Unsplash