You Can’t Have Leadership Without Conflict 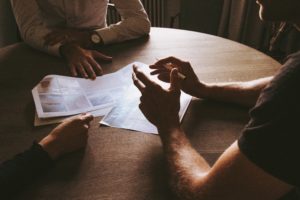 Imagine if your whole team agreed with you, all the time, about everything. Sounds pretty sweet, right? Too bad that’s about as realistic as certain bacon producing farm animals sprouting wings. If that were the case, there would be no need whatsoever for leadership — there wouldn’t be a need for YOU.

Let’s face it, leadership is easy when people agree with you. True leadership doesn’t even get out of bed without some kind of conflict or challenge.  Everyone and anyone can be a “great leader” to a team with no disagreements, no disappointments, no problems. I mean, I’m a fantastic mechanic to a brand-new car. But when it breaks down? I’m not the mechanic you’re going to call. I’m not a mechanic at all, in fact! When you get push back or disagreement from your team, that’s when your true leadership comes out to play — but often, instead, we hunker down and turn from leadership to dictatorship. We don’t want to deal with the problems, have the tough conversations, or do the work of understanding different perspectives with the risk of being wrong. We just want people to listen to us, do it our way, and get out of our way!

But let’s face the music: that’s not leadership. That’s treating your team like an app, a computer program that will do what you tell it to if you press the right buttons. I hate to be the bearer of bad news, but, that rarely works out well for the team or the leader, both because people don’t like being treated like tools, and because every leader needs their team just as much as their team needs them! If you’re not managing conflict, you’re not equipping your team to thrive, grow, and contribute to your goal in meaningful ways. That means you’re missing out on potential solutions, untapped creativity and whatever else gets tamped down when people aren’t allowed to feel, think, act and challenge. Remember, you’re a leader, not God. You’re not omnipotent and it’s distinctly possible you could be wrong or miss a key point.  Letting your team engage, question, disagree, challenge and push the envelope is like going to the gym for teams: it makes them stronger, more resilient and healthier.

Leadership means honoring different perspectives and bringing them together to create a higher outcome. Leadership is inherently born from conflict — the ability to make magic out of chaos. So don’t avoid that conflict — embrace it.

Photo by Thomas Drouault on Unsplash