Following Up On The “And” 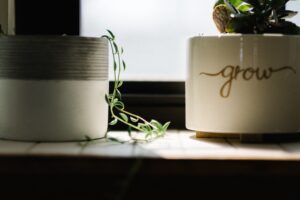 Last week, I shared a post about how important it is to ‘reconcile the and.’ The times in life, in our society, where a wonderful thing and a terrible thing are both true…those times require emotional work to reconcile.

I received more feedback than normal about that post. Most of it was good, supportive and powerful; some of it asked clarifying questions; a few responses were critical. First of all, I want you to know I really appreciate all of the feedback. It’s nice to know people read these things! We are in this together and a dialogue back and forth is an essential part of that learning and growth for me. So thank you.

The biggest thing to point in response to last week’s article is this: this blog is about growth and evolution. It is not an invitation to rest in that “agree to disagree” purgatory where nothing is resolved, lingering between society’s heaven of utopia and hell of dystopia. Instead, it’s a call to action. It’s about improving, changing, healing, and making ourselves better. To that end, it’s important that we remember when we’re considering the situations with ‘and,’ that the existence of neither the good nor the bad negate the other. The fact that our founding fathers had slaves and decimated the natives does not negate the incredible good they did in forming this nation. AND the incredible good they did in forming this nation does not negate the fact that they enslaved and decimated their fellow human beings! Both are true. Neither erases the truth of the other. And to say because slavery is abolished that only good prevailed, is to be blind to the evolution of the and, as well as the contradictions that evolved and continued. Consider this deep dive into the housing inequity in our country, often clearly built on race discrimination.

The billion dollar question is: what do we do when faced with these truths? It’s not a call to merely understand, or worse, justify, the bad. It’s a call to ask a better question. It’s the launching pad into the next — into Rumi’s field beyond right and wrong. We are called in our humanity to find and cultivate the greater good, to move beyond sides.

The power of these contradictory “ands” is to do more of the good and less of the bad. And we’ve gotten better, yes. However, better isn’t done. The goal here is not to remain stagnant, to simply accept the bad with the good, but to move towards more good, repair the bad as it becomes known, and make forward progress.

Now, before someone thinks it, I am not suggesting that fixing what’s bad justifies flipping the abuse to the other side for a fair and equitable experience. The solution to the sins of slavery, for example, isn’t to enslave white people — literally or figuratively. As Martin Luther King Jr. said, “Injustice anywhere is a threat to justice everywhere.” We want justice for ALL. But that means that we really do have to care about justice for all…not just our corner of society. We’re all in the same car, driving to the same destination; if part of the car is run off the road, all of it is. It’s impossible to move just the right side of the car, yet that’s exactly what some people take away from the discussion.

We as leaders have to be willing to move left and make room. A weird metaphor, I know. But it’s all I got at the moment, so let’s go with it. What does it mean to move left so the right side of the car can get on solid ground?Apply that to whatever AND shows up in your life.